No doubt this boat’s name invoked fewer jokes before a big storm beached it in Santa Barbara, California. After the storm, for days gawkers like me circled it taking pictures.

It was one of several boats that snapped anchor lines and rammed the sand.

Before the storm, these boats were moored offshore, like those on the horizon, which survived this patch of weather.

The rain and the waves remodeled the cliffs, too. All the plants draped over these rocks used to grow on that bald patch of hillside.

The sea wall, a long inverted V, was already so eroded it was unaffected. 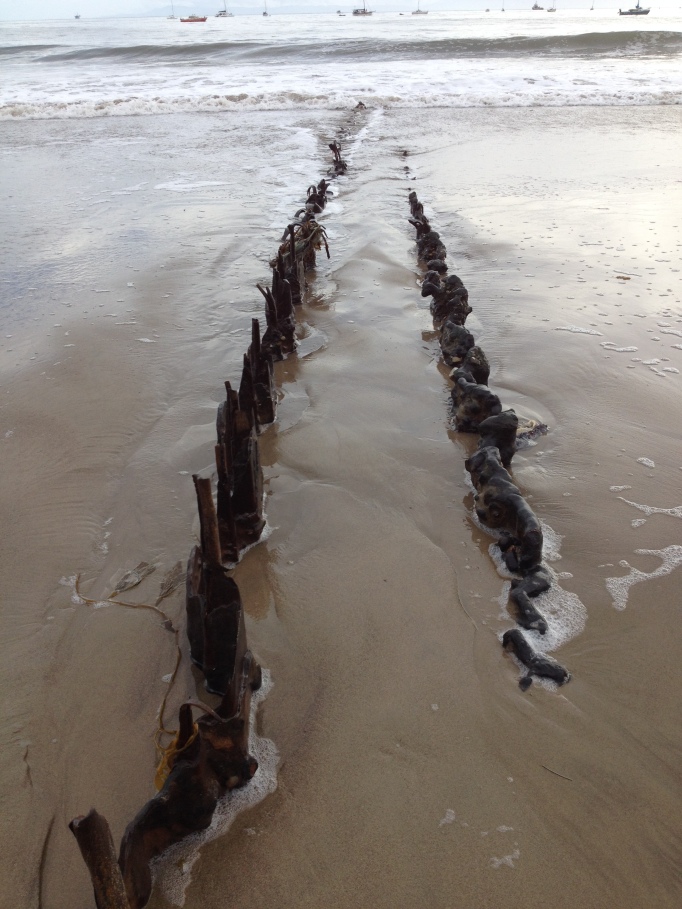 I love the patterns as the surf flows over that wall. I could watch it for hours, to my daughter’s dismay.

4 thoughts on “And With the Storm Came Irony”