I once left southern California because of the summers. Three months of baking heat, plus smog and wildfires, plus people saying at least it’s a dry heat. I had enough and I moved to Oregon, where the summers brought morning dew, long warm days, late evening sunsets. Yes, Oregon summers are delightful, but the other three seasons are atrocious, and the sun disappears some time in October then does not return until May. Only people from Michigan and North Dakota like Oregon weather; in Oregon, they are trading up.

At some point I realized I had swapped 3 months of bad weather for 9 months of bad weather, and I returned to southern California where I belong. Nowadays, I no longer mind the long hot summers. I can even sort of tolerate the humid days, with the mantra sweat is a good thing. Southern California is usually in single digit humidity, so when we’re at, say, 70% humidity for days in a row, everyone fusses and the weather becomes the lead news story.

With high humidity come more interesting cloud formations than we usually get. 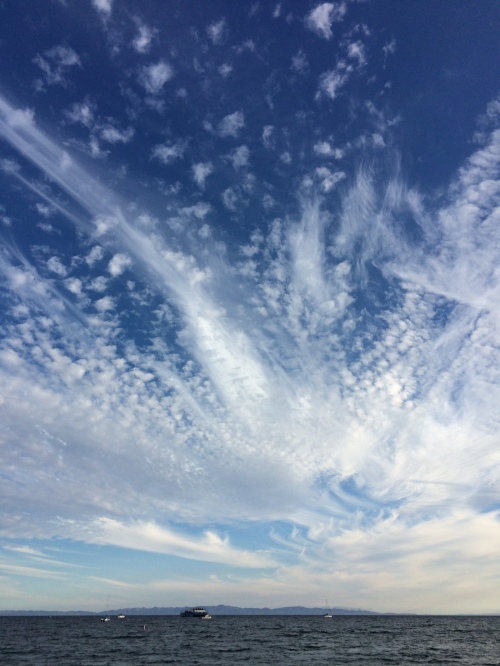 And of course clouds can do such nice things to a sunset: 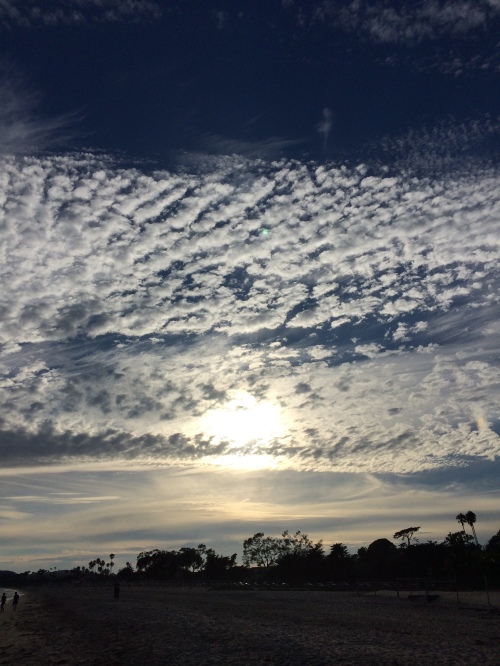