Walking in downtown Los Angeles, I came upon a troubling view. The multi-story granite facade on a fancy new building had a hole smashed between two of the slabs. The gap was as wide as my hand could span, and about two fingers high. What kind of forces could take such a small yet through-going chunk out of this wall? Is the building flimsy or were the forces powerful? 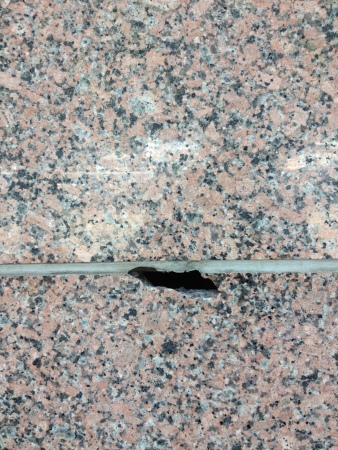 Not an everyday flaw.

Looking more closely, I sensed something inside the facade. Had I put my ear closer, I would have expected to hear breathing. Or moaning. 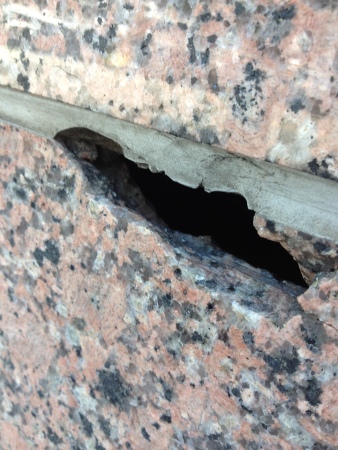 A hint of the world behind the facade.

Instead, I hurried down the block, aware that the nearby homeless guys were wondering what the heck I was photographing. As I strode away, I imagined one of them coming to investigate and getting sucked through, into that world behind. The other homeless guys would describe what happened, but no one would believe them because they’re just homeless guys.

A couple blocks later, this empty freeway onramp had a similar vibe, offering a trip to parts unknown – or unknowable. 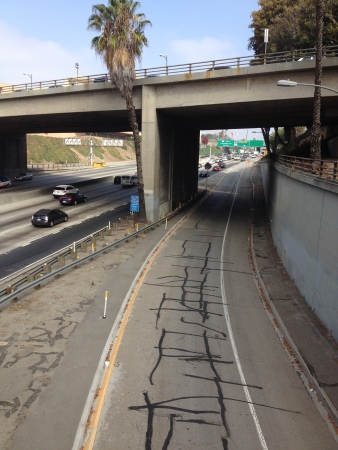 Would a car on this onramp ever reach that freeway?

At the time, I believed I was creeping myself out in preparation to write the second volume of Frames, which opens with an attack from other dimensions. But as I look at the photos now, I’m less sure.

(A recent WP Photo Challenge wanted to see Between.)